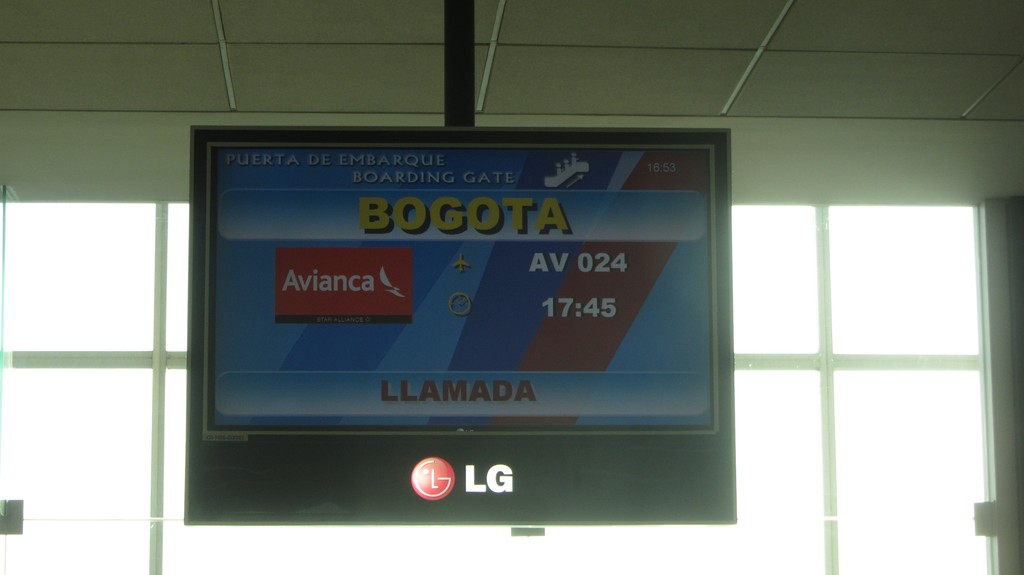 After spending my last Peruvian Soles for some souvenirs – don’t know yet, how useful they will be – I took a taxi to the airport in the early afternoon to start my journey towards Panama.. The check-in process took me a little bit longer as planned, because the clerk didn‘t accept my confirmation of my booking for the flight from Panama back home as a valid onward ticket, which is part of the immigration rules for Panama. After some discussions, he printed the boarding pass and handed it out to me. In the late afternoon the 2,5 hours flight to Bogota in Columbia should be my first part of the journey. I tried to get some sleep on one of the benches in the airport. Five hours on a hard bench later, it must have been around 5.30 in the morning – I tried to kill my remaining 3 hours for the boarding for my flight to Panam City somehow. Finally it was 8am and the boarding for my flight to Panama City started. A short 1 hour flight later I arrived in the capital of Panama and took a taxi to the city.