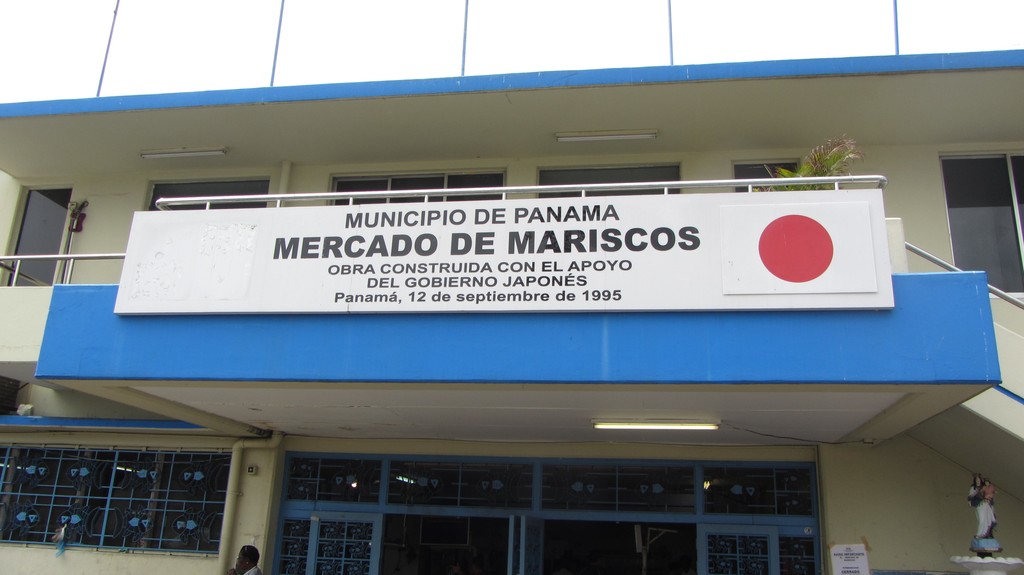 As the airport of Panama city was 40km outside of town and the bus into town would have taken more then two hours, I decided to take a taxi for 30$. First I got some stuff done in the hostel and then I walked down to the Coast where I was walking a round a bit. Ending up at the Fishmarket I had some great cebiche and as I wanted to order another one, the waiter misunderstood me somehow and 20 minutes later I found a big fried fish in front of me. It was very good, but made me ready for a siesta.

Saying that I went back to the hostel and spent some hours in the hammock. When I got up it was already dark and I was hungry again. Exploring the neighbourhood for quite a bit and after asking some people I finally found a supermarket, which was pretty expensive, but at least I could buy some stuff for making pasta.
The next morning I decided to go to Miraflores Docks to see a part of the Panama Channel, which was not too easy. First I couldn‘t find the right bus, then I missed the bus stop. So it took me 1,5 hours instead of 30-40 minutes to get from the hostel to the Docks. I visited the museum there and when I was done with the museum, I could see a big vessel coming in into the docks. Quite impressive to watch that scenery and how it works.
On the way back to the hostel first I didn‘t know why the bus was stopping all of a sudden in the middle of the highway. Soon it turned our that from another car the mirror was missing and it was obviously the bus driver‘s fault. After some minutes the bus driver told us to change the bus, as another bus was stopping next to us. Finally I made it back to the hostel.
After having lunch I went to Casco Viejo, the historic center of the town. It reminded me a bit of Montevideo. Not too much going on, but at least more people on the streets.
As it was getting dark I went back to the hostel for having dinner and updating my blog.