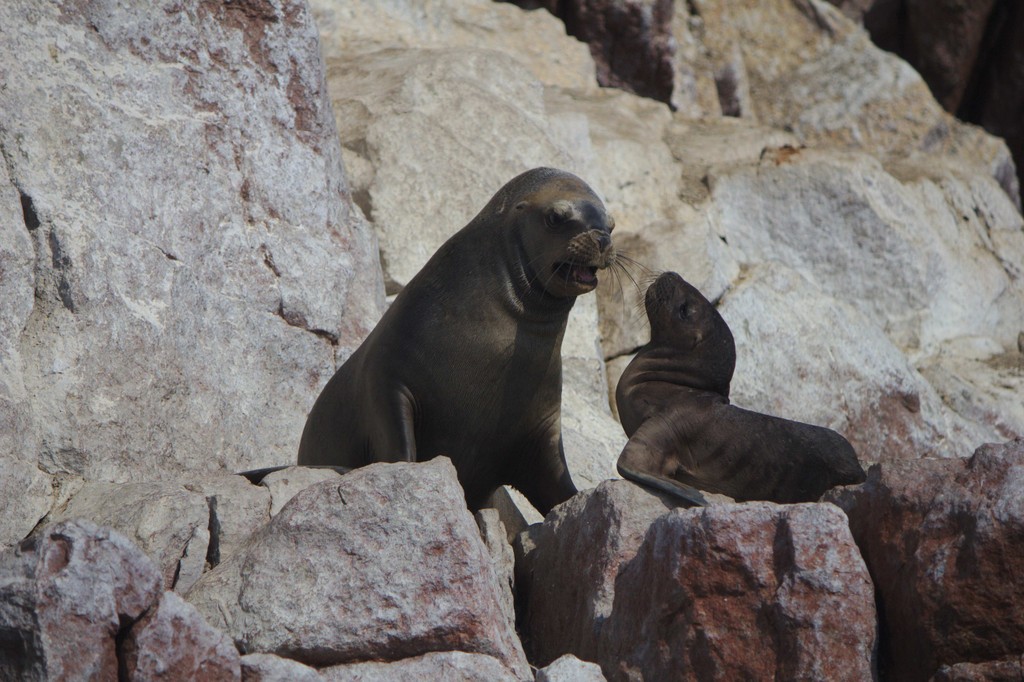 After more then a month it was good to be back on the beach again.
But before that, there was this 20 hour journey from Cusco to Paracas with a stopover in Ica, where I had lunch.

In Paracas I found my hostel quite easy. Soon it should turn out that it was a party hostel with a big bar and severals thing going on every night. Thats life, but I knew that it was only for two nights and the beach was fortunately just some meters away.
After a day on the beach, I went to the Islas Ballestas – the so called “Galapagos of the poor men” – the next morning. It was a two hour boat trip, where we saw lots of pelicans, blue-footed boobies, seals, sea lions and also some penguins. The Humboldt Penguins where a lot smaller then their relatives in the South of Patagonia, but penguin is penguin 😉 Despite I and some other passengers on the boat got poo-attacked from a seagull, we got some great views and could take lots of pictures of the animals. After the boat trip I had a great cebiche (marinated fish) and did some organization for my next destinations before going to sleep in the sun on the beach.
Paracas itself reminded me a bit of one of the typical fisher villages in Croatia with it big number of restaurants next to the sea. It was low-season, so hardly any people, and the atmosphere was very relaxed. This seemed to be true for the whole village except my hostel with a party going on every night – including the first Austrian backpackers I met after more then three months.
The next day I was glad to get out there and walked to the bus terminal.

3 thoughts on “Paracas and Islas Ballestas”