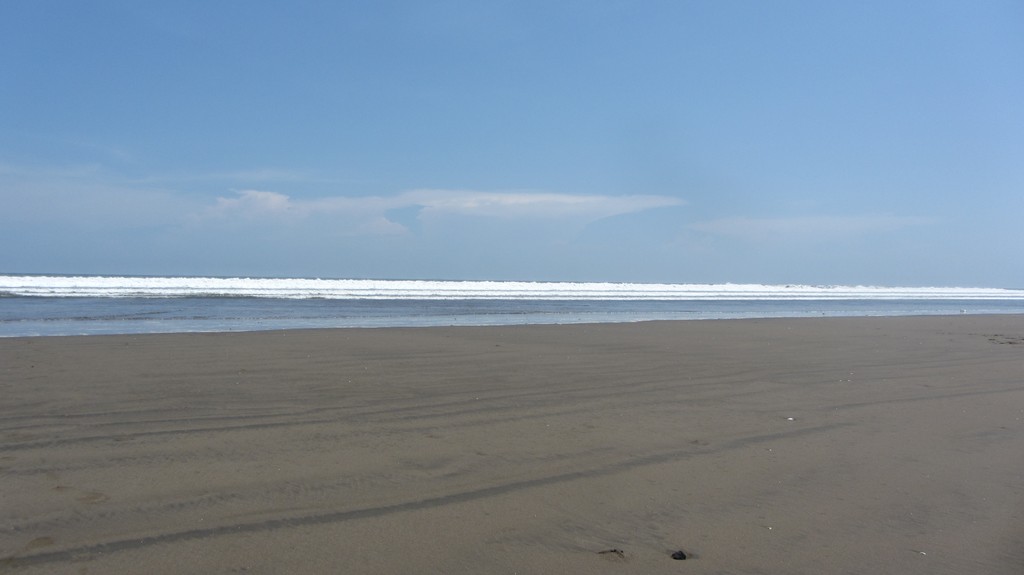 The story of my last two weeks in Panama is quickly told.

After spending two days in Panama city, I went to David city, where I met a friend from Salzburg. One day we went to Playa Las Lajas, one of the longest beaches in Central America.

Then I went to Bocas del Toro, an archipelago on the carribbean side of Panama close to the border with Costa Rica. Unfortunately it was raining most of the time, but the few sunny days I got where awesome. Crystal clear, turquoise water and white sandy beaches. Think, in high season, Bocas must be horrible, because it’s supposed to be very crowded and loud. As it was already beginning of the rainy season, there were not too many people.
On my last day in Bocas, I went back to the mainland and visited Oreba – cacao farm, a local farm, where cacao is planted and chocolate is produced.

As the weather forecast got worse and worse, I decded to go to the Pacific side of Panama, where I heard, that the weather should be much better. Two taxis and four buses later I arrived after 10 hours at Playa Venao, a small bay at the end of a peninsula. Weather was good, beaches were empty and the sea was close to the hostel.