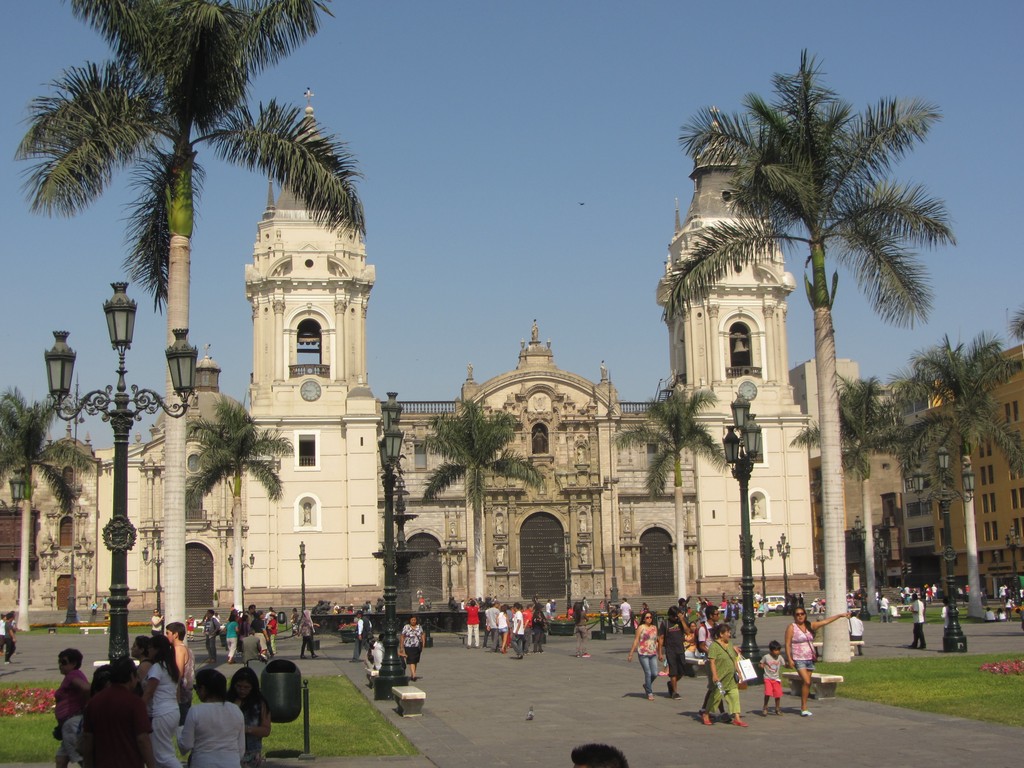 After almost four month in South America it was time to get to my last destination – Lima. I‘ve heard different things about Peru‘s capital. Most people said that there was not too much to do and to see, but there were also some who loved it.

After a four hour bus ride from Paracas I arrived at the bus terminal and took a taxi to Miraflores, one of the richer and safer neighbourhoods in Lima. The owner of the hostel gave me some tips and showed me some places in the neighbourhood where I should go. This wasn‘t too easy in the beginning,  because when I told him that I‘m speaking German, English, Italian and some Spanish he told me, that he also speaks those four languages and he didn‘t know which language to talk with me. Finally we agreed on German.
In Miraflores itself there wasn‘t too much to see. Two big (shopping) streets, some handicraft markets and a shopping mall just next to the see. On the promenade next to the shopping mall you had a good overview over the whole bay.
After walking around for some hours and having dinner in the hostel, Simon, the swiss guy, messaged me and we met later for some beers.
With quite a hangover I made it the next day in the early afternoon to the historic center. Business as usual was going on there. A shopping street, some colonial buildings, Plaza de Armas and that was it more or less. Worth mentioning is China town, which was quite disappointing. There were some Chinese shops and some signs written in Chinese, but as far as I could see, only Peruvian people were working there.
My last evening I spent again with Simon and drinking beer.