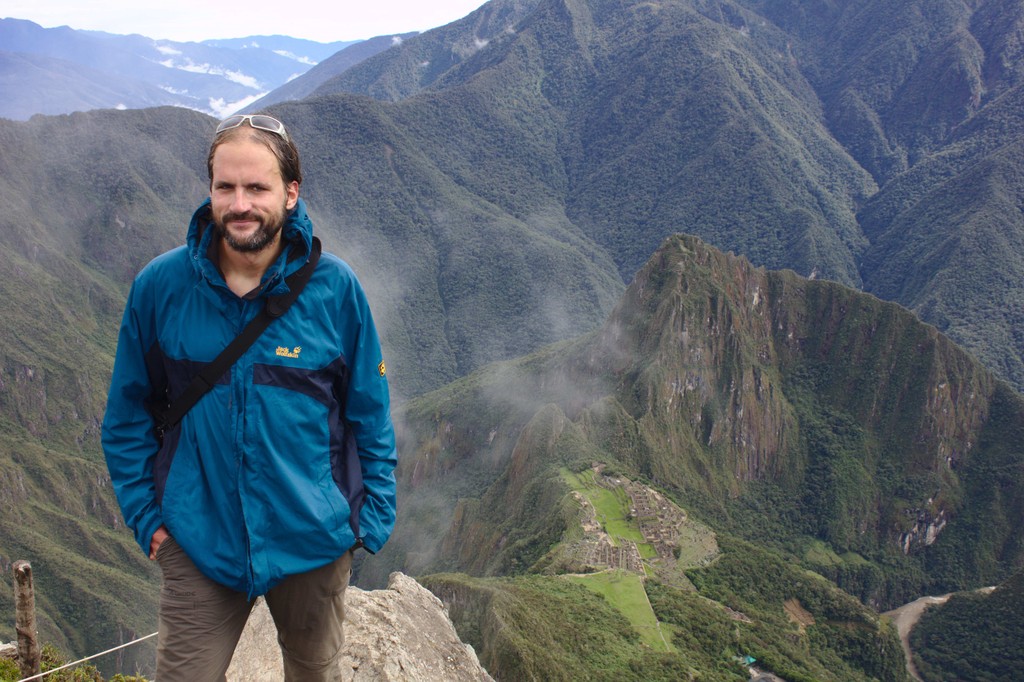 After some days in at a lower altitude, I crossed the Andes again for my next destination: Cusco, at 3400m.
Already heard, that it should be a nice city, with lots of things to do and see and a chilled atmosphere, I was looking forward for my time there.

As my nightbus from Arequipa arrived already at 5am I was quite early in the hostel. Fortunately I could get some sleep here on one of their couches. After another nap and still with soar legs from the hike in the Colca Canyon, I didn’t do much the first day. I only was walking into town, which was fortunately quite close, to get some food. The next morning I met a group of English and Kiwi-guys and we spent almost the whole next two days together. Walking around in town, doing some sightseeing, drinking some beers and having fun. One day, Simon, the swiss guy, whom I met already in Uruguay and Bolivia, messaged me, that he is also in Cusco. So we ended up drinking again 😀

As Machu Picchu was quite near, I started some investigations on how’s the best (and cheapest) way to get there. The entrance ticket was almost 50US$. Regarding transport I first wanted to take the train, but as it turned out, that that was almost 150$, I was looking for alternatives. By coincidence I found out, that there is a bus going to a place called Hidroelectro and it was only 25$ for a return ticket. From there it was a 2 hour hike to Aguas Calientes, the village closest to Machu Picchu. From that village it was another 1 hour hike up to the ruins – alternative would have been a bus for 20$, but not with me…
I also found out, that it was wise to buy the entrance ticket of Machu Picchu already in Cusco. Doing the reservation for the ticket online was not a problem. On the reservation it said, that I should pick up the ticket at the Ministerio de Cultura, which was a bit out of the city center and not very easy to find. Finally I found it and a guy there told me, that the office has moved to downtown recently. He explained me where it was and I realized that it was just around the corner from my hostel. If I would have known that before, it would have saved me one morning.
With all that information and after having a guinea pig for dinner, I got up the next day at 6am and went to the travel agency and waited for the bus to pick me up. Six hours and some mountains later we arrived in Hidro. On the bus I met a guy from New York, with whom I was walking along the railways to Aguas Calientes. Time went by quite quick and we arrived in the late afternoon in Aguas Calientes. After getting some food, I went to bed quite early to be prepared for the next day. Breakfast at 5am and then with the first light I hiked up to the entrance of Machu Picchu. From there it was another 90 minutes up the top of Machu Picchu mountain, which was included in my ticket as well. It must have been thousands of stairs, but I made it. Up the mountain I got some great views of the ruins and Huinapicchu, the more famous mountain in Machu Picchu, as well as the surrounding mountains and landscapes. After an hour on the peak – I think it was my first mountain over 3000m – I went back again to explore the ruins. It was lots of stones, but very impressing, what the Incas build 500 years ago. Weatherwise I was quite lucky, because it rained only 15 minutes and the rest of the day was dry. I totally underestimated the size of the place. Walking from the sungate to the inca bridge, which I think was the biggest distance in the ruins itself, took almost one hour.
In the late afternoon I arrived back in the cold humidity of Aguas Calientes and met Peter, a guy from Australia, whom I met already in Chile. After one beer he went back to Cusco by train and I went for dinner and then to bed directly after that. The next morning I had some time before I had to start walking back to my bus to Hidroelectrica, so I explored Aguas Calientes a bit. In my opinion one of the most absurd villages on earth: No road connection and its only purpose is to offer some infrastructure to get people to Machu Picchu. That means lots of Hotels, Restaurants, souvenir shops – and one train station.
After this great, but exhausting trip, I arrived back in my hostel in Cusco in the evening. Before leaving to my next destination I had two days to go. I did some souvenir shopping and explored some areas of town, where I’ve not been so far to take some pictures. After one great week in Cusco and Macchu Picchu it was finally time to leave the mountains and go back to sealevel.