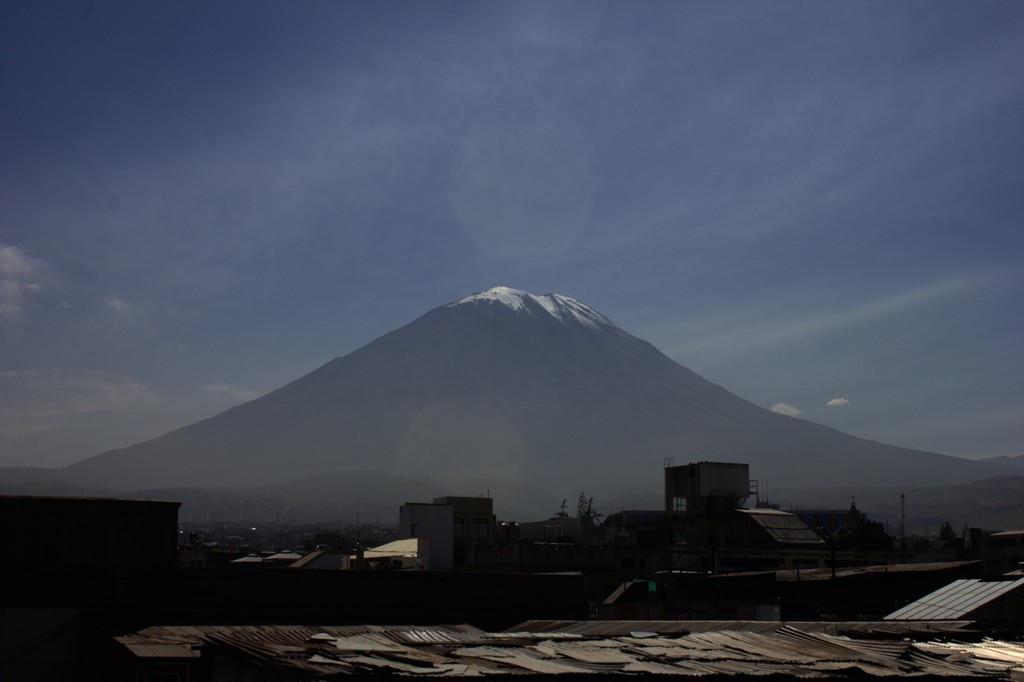 In the late evening I arrived in Arequipa and shared a taxi with some american guys into downtown to go into my hostel.
As I didn‘t sleep too much in Bolivia (always between 4-6 hours), it was time to get a longer sleep. That was until midday the next day. The town itself was quite similar to Sucre in Bolivia. Very relaxed and nice weather.

Highlights of the sightseeing in Arequipa were definitely the Mercado San Camilom, where it was possible to buy heads of goats and cows and the Monasterio Santa Catalina. Also I visited a Museum, where lots of the local indigineous culture was shown as well as one mummy, which was found 500 years ago in the nearby mountain area.
After three days in the city itself I went to the Colca Canyon, the second deepest canyon in the world.