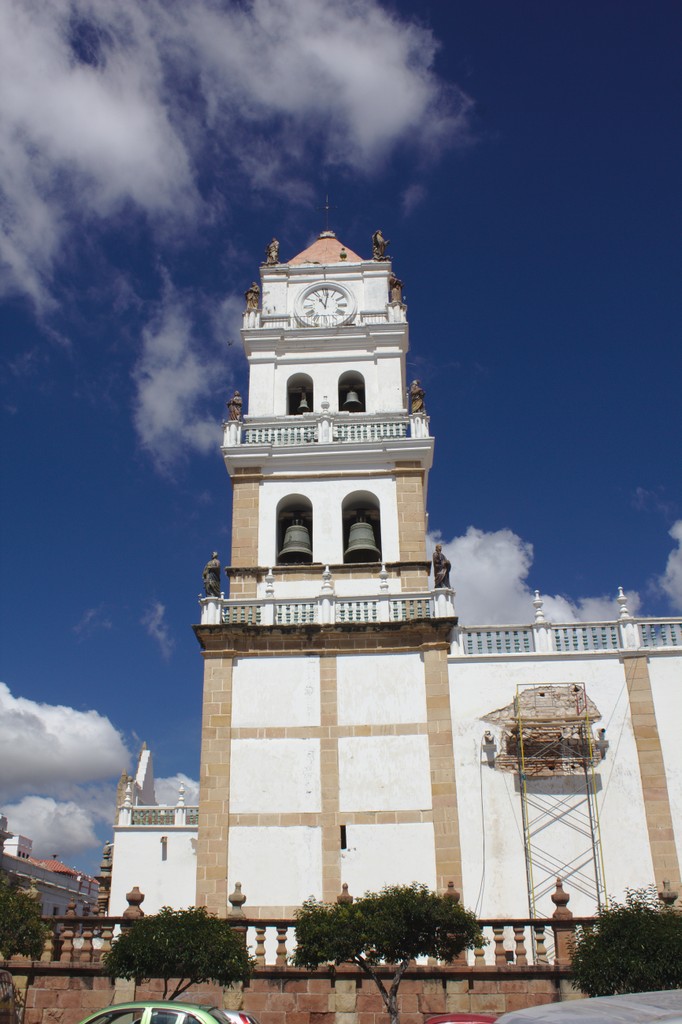 After the shock with my almost lost backbag, I arrived in Sucre at my hostel and made my way into town. It was much more relaxed and cleaner then La Paz and also the weather was much better due to the lower altitude.
Lots of houses were coloured white, which gave Sucre the name „white city“. Due to Easter and the fact that I heard, that not many buses were going over the weekend, I decided to stay here until Easter Monday. I didn‘t do much the four days expect of walking around in town and chilling in the hostel. One of the highlights of the city was the Mercado Central, where people sold everything from mainly fruits and vegetables, to meat and dairy products. Also some equipment for the household could be found.
On Easter Sunday, I went to the bus station to get my ticket to the South of the country. First I considered going to Tupiza and starting a tour towards the salt flats from there, because it was less touristic then Uyuni, but as it turned out that they had only tickets for the normal class available, where the seats were quite small, and it was a 15hour bus ride, I decided to go to Uyuni instead. At the bus station I met Simon, a guy from Switzerland, whom I met already in Uruguay 6 weeks before. We had a couple of beers and a great evening talking about travelling, football and many more things.