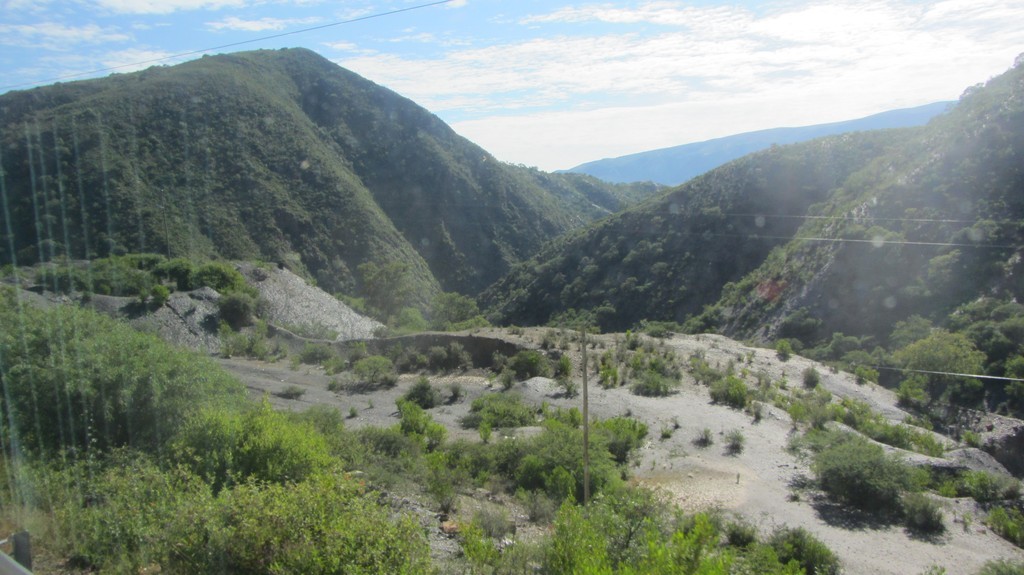 After two days in crazy La Paz I decided to go to Sucre. It was smaller and only at 2800m, so it was quieter and much nicer.
As it was my first busride in Bolivia and I heard some stories, I was really curious what it‘s gonna be like. At the first glance, the Bus looked quite new and comfortable. Fortunately I could get some sleep, after I woke up at 2am, where we stopped in a small village for a break. As in the bus the toilet was closed and there was no food available, this was much appreciated by the guests. 30 mins later we continued our journey.
After passing Potosi, due to the mines, one of the most important cities worldwide 150 (?) years ago, we arrived finally in the outskirts of Sucre. At one of the stops I was looking out ouf the windows just per coincidence and saw my bag – for whatever reason – lying on the pavement and the bus started to move again. Thanks to my quick reaction, the bus stopped and my bag was picked up. All my valuables I had with me, but most of my equipment was in the big backpack. Would have been a nice Easter suprise. NOT!
Finally 15 hours later we arrived in Sucre and I took a taxi to my hostel.