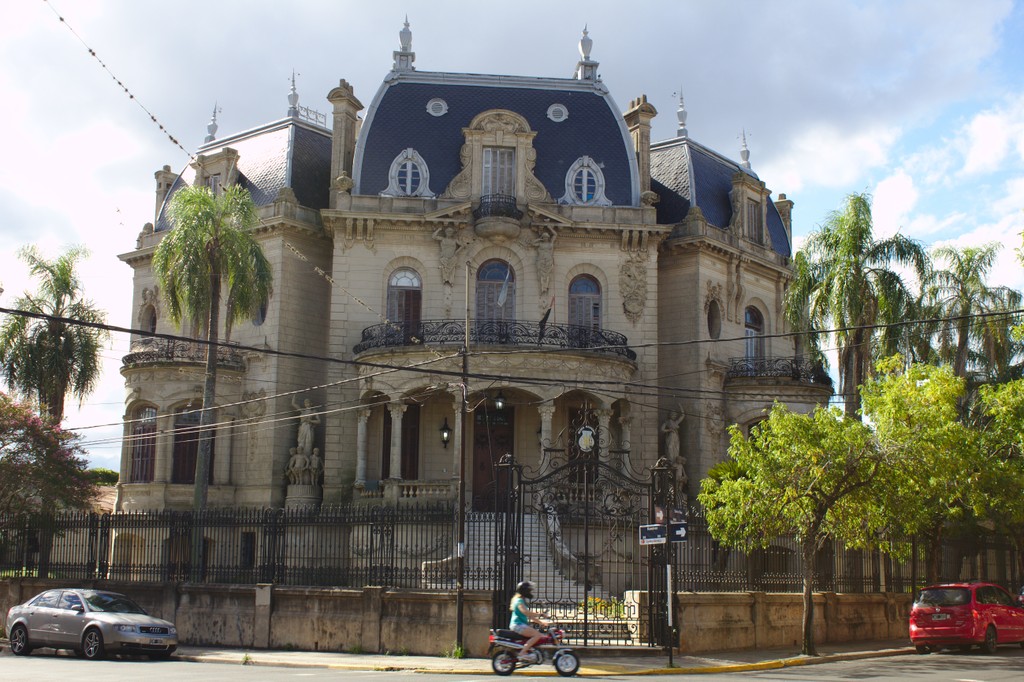 On my journey from Montevideo to Puerto Iguazu I had a 12 hour stopover in Concordia. After a night on the bus from Montevideo to Salto, I took another bus to cross the border from Salto to Concordia in Argentina, where I arrived at 8 o’clock in the morning. After putting my luggage in the left luggage office, I went into the city center to change some US Dollars into Argentinian Pesos. Now being able to buy a busticket, I went back to the bus terminal and organized my ongoing journey to the North.
As my bus was at 8pm, I decided to spend most of the day at the shore of Rio Uruguay, which marked the border between Uruguay and Argentina. After a longer siesta I went back to the city center to get something to eat and continued then to the bus station.