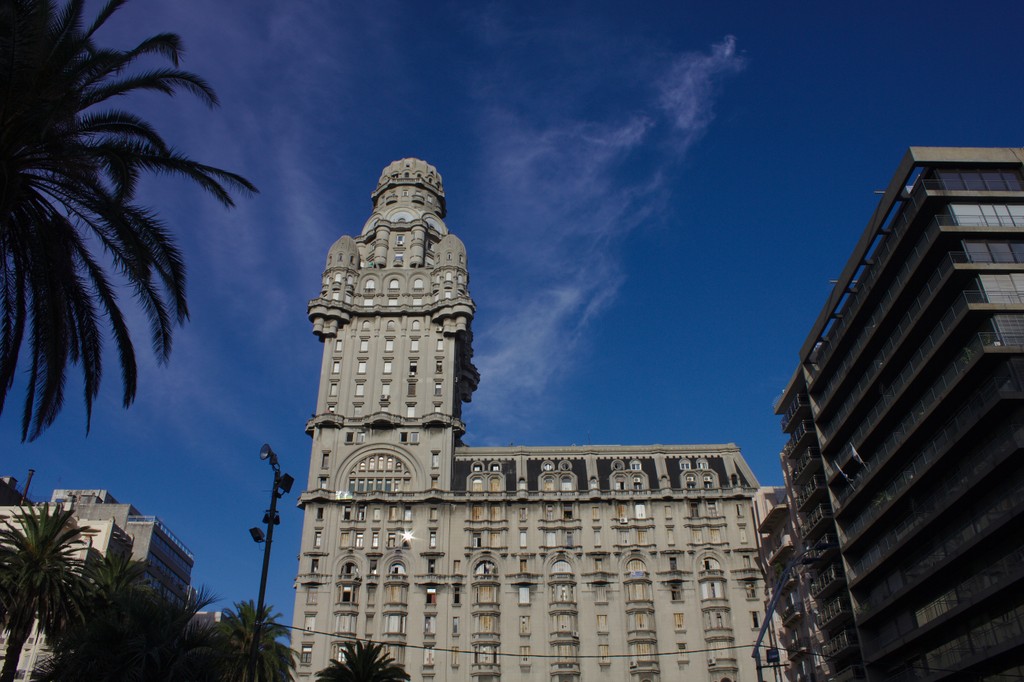 On my last weekend in Uruguay I spent two days in the capital – Montevideo.
Before going there I heard different things about the city. Some people loved it, some people didn’t. So when I arrived there, my first direction was into the city center, where almost everything was shut down. Just some shops where open and not too many people on the street. The Ramblas at the shore of the Rio de la Plata where quite nice, two, three major sights, but that was it.

On Sunday morning I first went to the “Estadio Centenario”, where the finals of the first football worldcup in 1930 took place. After a lunch break I went to the city center and was quite surprised by the amount of people. Parts of it where full with street markets and Plaza Independencia was crowded with people. On a big podium there was “El Pepe”, the Uruguayan president, and several guests – among them the presidents of almost all countries of Latinamerica, including Raul Castro, who got the biggest applause. Later I found out, that it was the end of his period and presidents in Uruguay are not allowed to do two consecutive periods. He was still living in his farmhouse, was driving a VW beetle and spent 90% of his salary to social projects, which made him very popular.
After having dinner in the hostel, I went to the bus station around midnight to start my journey back to Argentina towards the Iguazu Falls….